An artist's rendition shows what 13th Avenue could look like if it were reconfigured for use as a community gathering area, as suggested in the "Downtown Streetscape" proposal by Eugene-based Dougherty Landscape Architects firm.

It was the third public meeting regarding the issue this year. The first and second were held March 25 and June 15.

"We want to create a walkable downtown, a safer environment for crossing the street, an attractive downtown that is both inviting for visitors passing through and a place residents can be proud of and want to show off to others," DLA principal David Dougherty said. "We want a downtown that reflects identity, creates gathering spaces and can adequately host big events, plus smaller events, such as farmer or flea markets."

According to Daugherty, an important aspect of the study, which included soliciting community feedback, was defining the city's "identity."

"There was a lot of discussion about that," he said, "and what it boiled down to was a timber theme. It was decided that some timber components could really reflect the heritage and history of the downtown, and why Sweet Home is here in the first place."

Preliminary plan concepts explore the potential addition of a town plaza, a pocket park between the Figaro's Pizza and New Era buildings, and creating a "festival street" on 13th Avenue. A concept sketch includes a pedestrian gateway reading "Fun on 13th Avenue" leading into the road from Long Street. Vehicle access could occasionally be blocked for farmers markets, music or other events, Dougherty explained.

The plan also calls for improvements to Main and Long streets. Main Street proposals take the form of added bulb-outs (curb extensions to "pedestrianize" intersections by shortening crossing distances); streetscape amenities such as plants, benches and public art; and lighting.

It also features ideas for "enhancing existing [Main] conditions," like adding new plants, a seat wall and a sculpture in front of an existing bulb-out (which Dougherty called an "eyesore") at Steelhead Fitness. Another incorporates an abundance of plants on the west side of the Rio Theatre bordering the sidewalk, an area Dougherty said could accommodate more greenery since it wasn't used for parking.

The Long Street plan calls for increasing sidewalk width by three feet on each side of the road. The street is currently even wider than Interstate 5, a fact Dougherty has been keen to point out. In addition to its wider sidewalks and narrower street, DLA's depictions feature bulb-outs, benches, street lights and plants.

The proposal also included nuts-and-bolts project cost estimates, although Dougherty stressed that the figures were preliminary. The estimated total for Long Street, where DLA seemed to find the most potential for pedestrian improvements, was the highest at roughly $3.8 million. Main Street followed at about $2.29 million. The 13th Avenue "festival street" would require a predicted $1.3 million, while 10th Avenue improvements carry the lowest price tag at $275,220. "Traffic on Long Street is much slower and the street has more of a pedestrian focus," Dougherty said. "This project seems to be an opportunity to really activate the street."

"I really like the idea of narrowing Long," councilor Susan Coleman said. "Because it's a pedestrian-friendly street, when you narrow down the roadways, people go slower. So I appreciate that concept, and I think widened sidewalks would benefit restaurants on Long Street."

Ultimately, the council voted 6-0 (councilor Dylan Richards had to leave the meeting early) to allow DLA to move forward.

In other action, the council:

-- Voted unanimously to create a no-parking zone directly in front of Oak Heights Elementary School, on the south side of the 600 block of Elm Street. The zone would be active between 7 and 7:40 a.m. and 1 and 2:20 p.m. on school days.

Sweet Home School District administration members approached city staff in November with a request to institute the zone. A month earlier, Oak Heights and the Sweet Home Police Department's school resource officer began discussing methods for improving traffic flow and safety during student drop-off and pick-up in response to "significant congestion, schedule issues, safety issues and a bottleneck of traffic attempting to pull out onto Elm Street," according to a request for council action submitted by Sweet Home police chief Jeff Lynn.

School staff produced a plan to separate buses and parent vehicles, a large source of the congestion. The proposal called for buses to drop off and pick up students along Elm Street, directly in front of the school, instead of on the school's west side.

According to Sweet Home School District facilities director Josh Darwood, a similar design change separating buses and vehicles instituted during the Sweet Home Junior High School remodel was a "huge success." It made the drop-off process "100% safer," he said, and a plan at Oak Heights could produce similar effects.

Coleman, whose children attended the school, was familiar with the congestion.

"I know what the mess is, so I appreciate the solution for this," she said. "I think this is a very creative solution to the problem there." 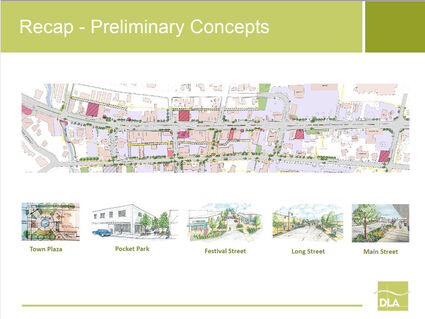 "I was able to gain valuable knowledge in the specialized areas of local government such as public service, personnel management, communication, and public policy," she said. "This will enable me to better serve elected officials, city staff and our community."