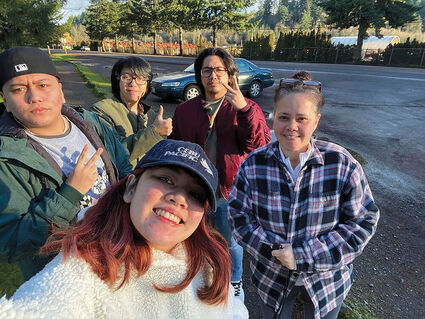 On the early afternoon of Dec. 5, two young Filipinos, 22-year-old Veronica Howser and 19-year-old Jacob Howser, sat on a plane that landed at Portland International Airport.

After disembarking and walking into the airport, taking their first steps on American soil, they were greeted with hugs and exultations from brothers Luke Piatos and Ron Gabriel Howser and mother Gidget Howser, all Sweet Home residents.

For the last 18 years, the latter had worked hard to make their arrival happen.

In December 2003, Gidget moved to Sweet Home from Manila, the coastal capital of the island-chain nation...