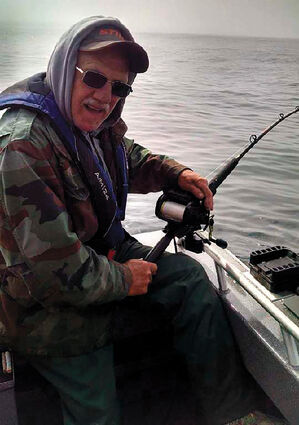 Mr. Williams spent his formative years in Oregon's logging country. Later he enjoyed living in both New York and Colorado, but Oregon was always home and he returned to the Sweet Home area in 1995.

Mr. Williams was a hardworking man and rarely sat still. He owned several flooring businesses over his career and enjoyed teaching his trade to his son, who now owns his own tile company. He was always willing to lend a helping hand to his friends and family, always with a smile and a joke.

Mr. Williams was an avid fisherman and a constant jokester, who loved to make others laugh. He was a lover of sci-fi and fantasy fiction and movies; and an amateur plant tender who was proud of his crops. He will be missed by many.

He is survived by his children, Jon Paule', Rachelle, Tifani and Letha; siblings Dixie and Diane; eight grandchildren and 16 great-grandchildren.

A celebration-of-life camping trip is being planned for June 2022.