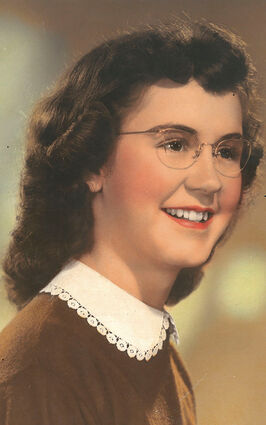 She grew up in Sheridan and graduated from Sheridan High School.

She married her husband, Newt Cox, at the lighthouse in Point Sur, Calif., where he was stationed while he served in the Coast Guard.

The Coxes lived at the lighthouse, then in Los Angeles, Calif., Moses Lake, Wash., and Lebanon and Albany, as well as Sweet Home.

Mrs. Cox played the piano, accompanying church and school choirs, but focused most of her musical abilities on entertaining her children and grandchildren.

She worked as a secretary and as a pharmacy assistant after raising her four children.

She was preceded in death by her husband, Newt Cox; three siblings; and her parents.

A funeral service was held Dec. 19 at Cornerstone Church, with burial at Willamette Military Cemetery.