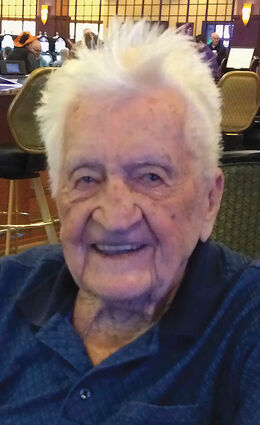 He lived in Oregon his entire life. He had a long logging career. After he was done as a logger, he went to work in Alaska on tugboats, bringing logs from Anchorage, Alaska, to Coos Bay.

He looked forward to the grandkids' and great-grandkids' visits from Montana and Idaho.

He was preceded in death by his wife, Betty; sons Joseph, Michael and Jeffery; daughter Ginger; parents Wiley and May Dimick; brothers Bill, George, Chauncy, Rex "Scotty" and Harry; and sisters Dorothy, Mary and Betty.

A graveside service with military honors will be at 1 p.m. Saturday, Jan. 8, at Gilliland Cemetery in Sweet Home. Sweet Home Funeral Chapel is handling the arrangements.