Boys fall hard to Marist, then rebound to defeat Harrisburg 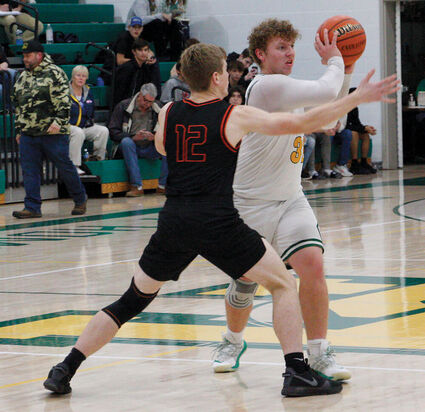 Nathan Aker, under pressure, looks for an open teammate in an earlier game this season.

The Husky performance against No. 18 Marist left some things to be desired, Head Coach Drew Emmert said. "We played as bad as we could have, and they shot really well," the coach explained, noting that the Spartans hit six of their first seven three point attempts.

"They are a really tough matchup for us, because they're skilled and quick offensively. We got down on the scoreboard, and we're not great coming from beh...