Chafin signs letter of intent to wrestle for Eastern Oregon 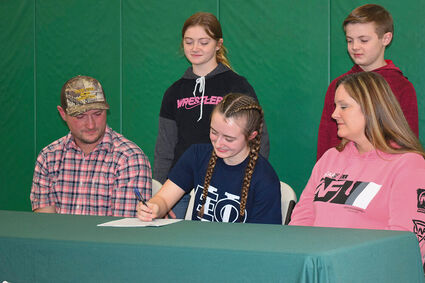 Paige Chafin signed a letter of intent Thursday, Dec. 16, to wrestle for Eastern Oregon University, in a ceremony held in the Main Gym immediately before Sweet Home hosted three other teams in a round-robin dual meet.

Chafin, a senior, said she "looked at a lot of places" before choosing the La Grande-based Mountaineers

Eastern Oregon, under Head Coach Carlene Sluberski, was ranked 16th in the latest national NAIA poll released last week. The Mountaineers compete in the Cascade Collegiate Conference, which includes Southern Oregon and Corban, both of which are ranked in the top-20 national...