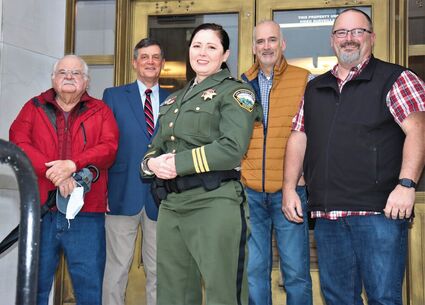 Duncan, 47, is also the first female sheriff in the 173-year history of the Linn County Sheriff's Office and one of less than a handful of female sheriffs in Oregon.

But Duncan has never put being a female in front of her many job titles during her 24-year career at the Sheriff's Office where she has held positions ranging from p...