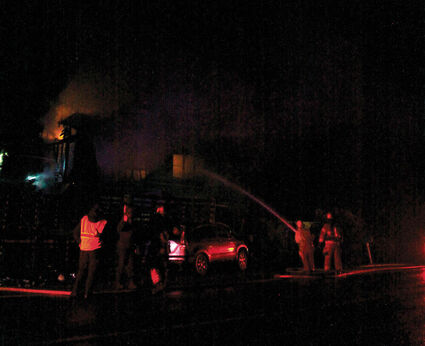 According to the Sweet Home Fire District, a passerby reported the incident shortly after 3:40 a.m., describing flames in the structure’s second story and vehicles in the driveway.

The structure was fully involved when the first unit arrived, according to a SHFAD news release that described flames 10 to 12 feet above the home’s roof and venting out t...