A doctor who's always in 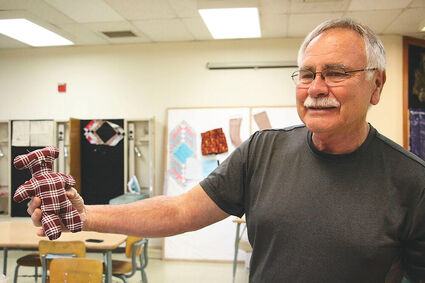 Larry Horton holds a teddy bear that served as a sample for a sewing class for Sweet Home Junior High Interact Club members.

It was when Dr. Larry Horton retired that he became really active in the community.

Of course, that depends on which retirement we're talking about.

Horton, who recently turned 72, is the former superintendent of the Sweet Home School District, where he served from 2001 to 2011-12. Then he served a year as superintendent in Reedsport. Then two years as principal at Holley School.

"That's when I stopped getting paid for the work I do," Horton cracked.

Then, more seriously, "But I get paid in a lot of other ways."

Horton's areas of community involvement include the Rotary Club, where he...