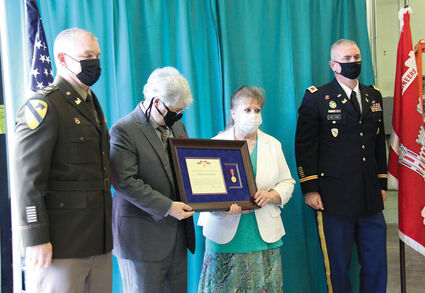 By Scott Swanson and Sarah Brown

When Mike Pomeroy's wife Ronda asked him earlier this month what he was doing on Feb. 15, he told her he had no idea.

She told him they were going to the Foster Dam for a special event, but she wasn't giving details.

He was standing in a ceremony held in his honor, to award him a Department of the Army Civilian Medal of Valor  for his heroism at Detroit Dam during the Beachie Creek fire on Sept. 8, 2020.