Historic postcards worth more than a thousand words 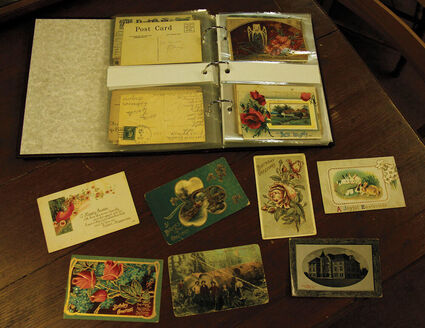 A bounty of postcards, donated by the Ireland family, paint real-time portraits of history and memories. All are viewable at the East Linn Museum.

Not long ago, a number of colorful picture postcards at the East Linn Museum drew attention as they were placed in new albums with plastic sheaths, which allow both sides to be seen. What have we here?

Some postmarks went back to 1908. Many were addressed to Mr. and Mrs. Gerry Coryell, others to Noma Ireland. The cards arrived in a trunk donated by the Ireland family. It was stored in the museum's attic for years before being opened, leading to the postcards' discovery.

Here, we're looking primarily at the cards themselves. If a picture's worth 1,000 words, however, just a few may not suffi...