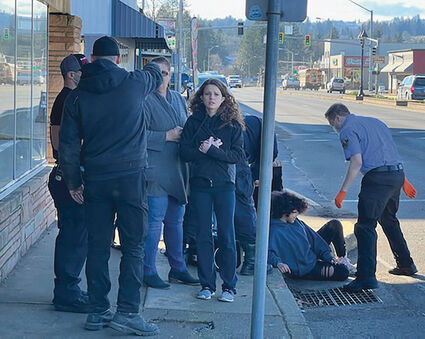 An unidentified pedestrian sits in the roadway after being struck by a vehicle Tuesday, Feb. 22, near the intersection of 13th Ave. and Main St. Driver Kaelee Rose Kauffmann, 25, was cited for failing to stop for a pedestrian in a crosswalk.

8:27 p.m. - Sheriff's Office reported a call about a menacing incident at Sunnyside Park, 44900 block of Quartzville Road. According to the Sheriff's log, an investigation indicated that two...