Sara Evans, Sawyer Brown and Five for Fighting slated to perform in July 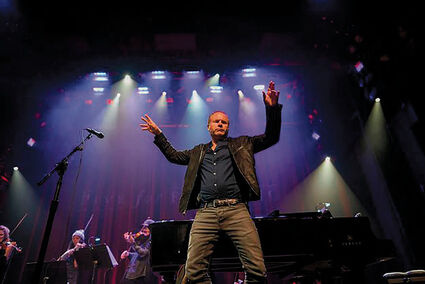 Five for Fighting, the name under which Vladimir John Ondrasik records, debuts Friday, July 15, at the Linn County Fair.

Evans, slated for Thursday. July 14, is no stranger to the mid-Willamette Valley, having lived in the area in the early 1990s. Since then, she's amassed more than 20 Billboard-charting singles in a 25-year career, including the No. 1 hits "No Place That Far," "Suds in the Bucket," "A Real Fine Place to Start" and "A Little Bit S...