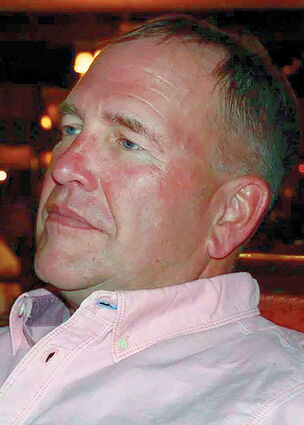 Joe, who lived in Mcclenny, Fla., at the time of his death, passed away after a short battle with cancer, surrounded by close friends and family.

He was born Sept. 7, 1959, in Glendale, Calif., to Bud and Martha Steinbacher, one of seven children.

Joe grew up in Sweet Home, where he wrestled during his high school years.

He retired after 32 years active and reserve duty with the United States Air Force. At the time of his death, he had spent 10 years with Boeing, including four years in Pápa, Hungary.

He attended Saint Mary's Catholic Church in Mcclenny, Fla., where he contributed in many ways and belonged to the Knights of Columbus.

His love of life, family and friends will be sorely missed.

He was preceded in death by his sister Kathy Steinbacher; and nephews Shane Steinbacher and Cameron Steinbacher.

A memorial and spreading of his ashes will be held on the East Coast.