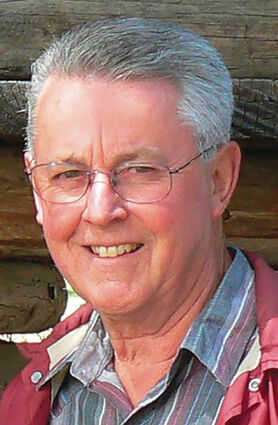 He was raised in Menlo Park, Calif., where he graduated from Menlo-Atherton High School in 1960. Jay went on to graduate from Chico State College in 1964 with a bachelor of arts degree in Industrial Management.

He enlisted in the Coast Guard Reserves in 1962.

He packed his bags and followed her to Minneapolis, Minn., where she was earning her master's in nursing. The couple were married Sept. 5, 1966, in Chico, Calif. They lived in Minnesota before moving to Buena Vista, Colo., where Jay was the Camp Director of Trail West Lodge Young Life Camp. Their two children were born in Colorado.

In 1973, they moved to Camp Tadmor, in Lebanon, where Jay was the camp director and instrumental in the building of the camp lake and several buildings.

In 1973, Jay went to work for Willamette Industries, Foster Division, and remained there for 23 years. He ended his working career by retiring from Overhead Door in 2008.

Jay gave back to his community as a Scoutmaster, a U.S. Coast Guard Auxiliary member, a Sweet Home Emergency Ministries volunteer, an Oregon Jamboree Volunteer, a church volunteer, a Meals-on-Wheels driver, a Singing Christmas Tree committee member, and a field-trip driver for the Sweet Home Charter School, to name a few.

You knew Jay was happily helping someone when you heard him whistling.

He is now able to whistle with joy as the earth no longer binds him.

Jay loved being a grandpa and spent many hours with his grandchildren. Even in the past few years, when smiles were few, he would always light up whenever he saw a grandchild or heard about their activities. He was so very proud of each and every one of them.

At the age of 19, Jay accepted Jesus as his Lord and Savior, at a Billy Graham Crusade. He loved the Lord with all his heart and did his best to serve Him. He was a charter member of his church, Cornerstone Fellowship, and forged many lifelong friendships there.

Celebration of Life will be at p.m. Saturday, March 26, at Cornerstone Fellowship, 1234 Long St, Sweet Home. Private burial will be in Fall River Mills, Calif.