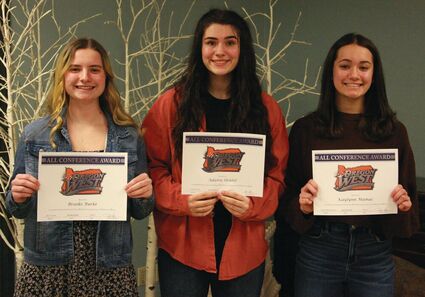 After its first playoff appearance and 10-win season in 30 years, the Sweet Home girls basketball team had a lot to celebrate at its March 8 end-of-season banquet at Norden Hall.

For starters, head coach Michelle Knight was named 4A Oregon West Conference Coach of the Year. She credited her staff of Blake Manley, Nick Tyler, Brittany Brownell and Kennedi Waldrop, a crew she assembled rapidly after former assistant coach Andee McCubbins stepped down.

"At the very beginning of the season I didn't have any coaches," Knight said. "But I had this amazing team of people join me along the way and...