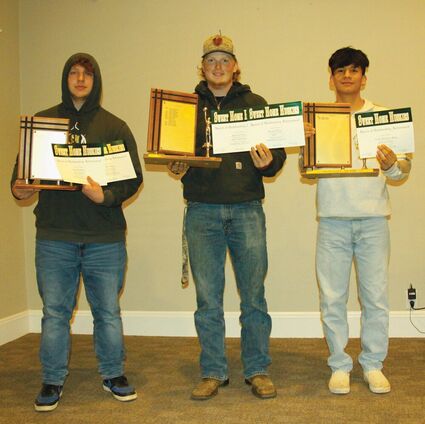 Russ Holly was named Most Valuable Player for the boys basketball team at an awards dessert Tuesday, March 8, at River of Life Fellowship.

Coach Drew Emmert noted that the Sweet Home had only two senior starters this year, Holly and Eddie Martinez-Maya, and it showed in the Huskies' 2-22 finish.

"We graduated 10 seniors last year, which is the most I've ever seen since I've been coaching," Emmert said. "I was looking through the rosters tonight to make sure I'm not lying, but I know for a fact that in our league we were the most inexperienced team in the OWC."