Baseball season opens with some rocky outings for Huskies 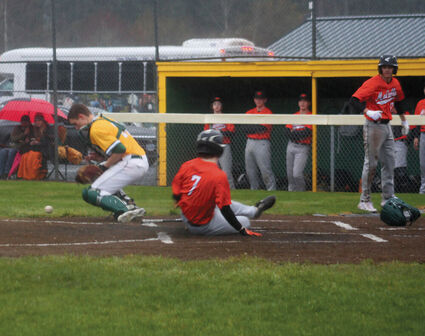 Sweet Home baseball started the season off 1-3 in its first week of action.

After its first game against Molalla was rained out in the bottom of the fourth, Sweet Home baseball played its first full contest at home against Elmira on March 16, losing 21-8.

The score was 5-2 Elmira after two innings, but then the Falcons put together a seven run effort in the third to go up 12-2.

Sweet Home answered back with two runs in the bottom of the third and three in the fourth to bring the score to 12-7, but Elmira exploded for nine runs in the fifth.

Sweet Home's answer of only one run in the bottom...