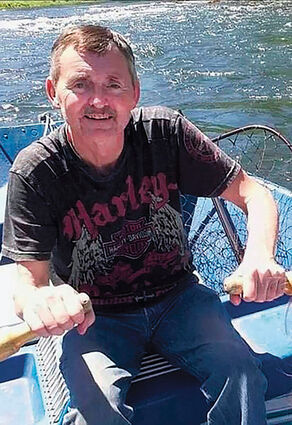 As a newborn, Jack moved to Oregon, where he remained for the remainder of his life, graduating from Sweet Home High School in 1974.

He worked in various grocery stores as a checker in his younger years, later worked at Willamette Industries, Entek and eventually retiring from ATI, Teledyne Wah Chang.

Jack loved to fish and hunt, making many lifelong friends in the process.

On any given day after his retirement you could find him on the Santiam River in his driftboat.

He would be with family or friends fishing for salmon or steelhead as long as fish were running and fishing season was at hand.

Fall would arrive for him along with the excitement of the coming hunting seasons spent with family and friends.

Jack loved to hunt for deer, elk, bear and anything else that there was a season for.

He was preceded in death by his father Elijah in 1980 and his mother Juanita in 2009.

Graveside service will be 1 p.m. Saturday, April 9, at Gilli-land Cemetery.