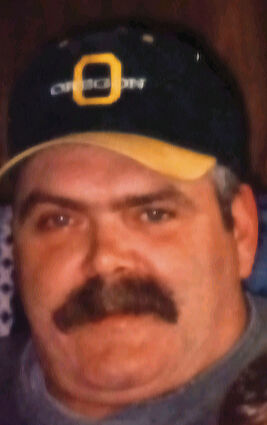 He was raised in Lebanon, Sweet Home and Klamath Falls. He attended Lebanon Union, Mazama and Klamath Union High Schools.

Bear served in the United States Army, serving his country with pride, honor and patriotism from 1979 to 1986.

After his military service he was employed as a meat cutter for Safeway and was later assistant manager in the meat department at Market of Choice.

He loved the outdoors – both hunting and fishing, his Harley motorcycles and barbecuing. He was very skilled and competitive at the game of horseshoes.

He was a die-hard Washington Redskins Fan for Life and was a big fan of NASCAR racing. He loved spending time with his friends and family. He cherished his dog Chumley.

A graveside service, with military honors, will be at 10:30 a.m. Saturday, April 9, at Gilliland Cemetery. A celebration will follow at noon at the Sweet Home VFW.

Memorial contributions can be made in Bear's name to Veterans of Foreign Wars (VFW), 580 Main Street, Sweet Home, Oregon 97386.