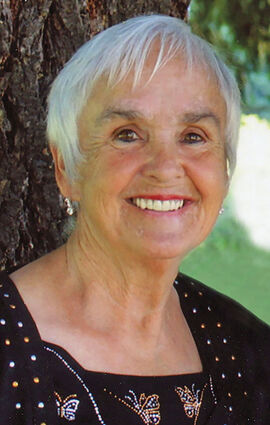 She was 2 years old when her dad drowned in West Fork Lake, Mont. There were four children by then. When her brother was 6 years old he put his eye out. She and her brother started school together.

Mrs. Main met her husband Earl and they were married on June 5, 1955 at Hamilton, Mont., Christian Church. They lived in Kalispell, where two daughters were born, Cynthia and Sandra.

They eventually moved to Ore-gon, where the Mains adopted a son, John, and had another baby girl, Lezly. They then moved to Coulee Dam, Wash.

After years of moving around with Earl's work they settled in Missoula, Mont.

After retirement, the Mains traveled for many years and made many good friends. They moved to Oregon in 2002. They had always been Christians, and Mrs. Main knew and loved the Lord Jesus with all her heart, mind and soul. God is good all the time. She loved her family and looked forward to seeing them in Heaven.

A memorial service will be at 11 a.m. Saturday, April 30, at Holley Church in Sweet Home.