Tripping up bullies in school and in life 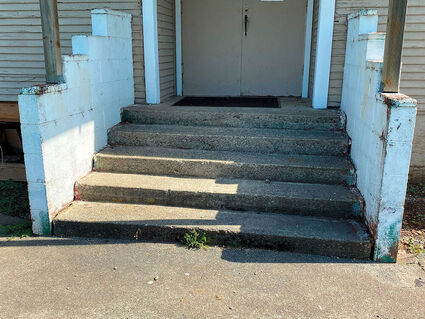 The five concrete steps leading into the former Broadbent School in Coos County, where a student learned an important lesson about bullying in 1952.

Coos County's Broadbent School in the fall of 1952 had grown to its largest enrollment ever with nearly 80 students in eight grades.

The school board had discovered that the upper part of Catching Creek was in the Broadbent district rather than Myrtle Point. That year, they started busing those kids to Broadbent. It meant a long bus ride, but more students for the school.

Tommy, a small blonde first-grader, was one of those upper Catching Creek kids. As a third-grader, I watched over my smaller schoolmate somewhat.

"David, that other David in your class has been picking on me," Tommy told...