Looking to add a few to crew

Fire and Ambulance District seeks to fill its volunteer ranks 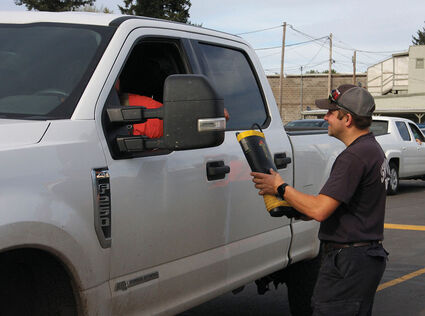 The Sweet Home Fire and Ambulance District has a shortage of volunteer firefighters.

"Historically, our numbers have been up to 60 volunteers on the roster, and we currently have 30," Recruitment and Retention Officer Ryan Paul said, reporting a steady decline over the past five years.

"It's definitely not unique to Sweet Home," he said. "It's kind of across the board everywhere. People's work schedules are different. People are commuting, so that takes a lot of time out of their day, and then they come home and have their family at home."

He cited other possible reasons, as well.

"I think it's been a little bit of a culture shift," he explained. "Volunteering in the fire service has changed, because some of our standards have gotten a lot more strict."

He added that requirements for volunteer and career firefighters are now the same. Both must maintain 120 hours every two years to maintain certifications.

Then, of course, there was the pandemic.

"I hate to blame everything on COVID, because COVID seems to be a crutch that a lot of people use for a lot of things," Paul said. "But I do know that COVID has affected our ability to be out and about, as well as the morale of the department."

"A lot of [recruiting] is just being out and about and being out in community events, and we really haven't had an opportunity to get out and do that a whole lot," he said. "A lot of it is just getting out and being able to interact again. And usually that makes a big difference because once we're out and face to face with people, it makes a huge difference and it gets a lot more attention. People are more interested when they get to see some of the things we do and the trucks and stuff like that, rather than just see pictures online."

Paul has been the department's recruitment and retention officer since 2020, and his position is funded through a Federal Emergency Management Agency grant that runs for four-year periods. He expects that the department will reapply for the grant once the current stint ends.

Many departments have bene-fited from the grant.

"There's a lot of other places around who have taken advantage of that and been able to get that grant position," he said. "And it makes a big difference."

He stressed the importance of volunteerism. In 2021, the district ran 3,291 calls for service. Volunteers responded to roughly 1,672 of those.

"We're short to begin with," Paul said, adding that the department's on-duty, or non-volunteer, crew consists of, at most, about six firefighters against the National Fire Protection Act standard of 14 responders at minimum for fire calls. "And when you take into consideration that on every medical call there's a minimum of two of those that are taken, our numbers dip considerably throughout the day. We rely heavily on volunteer response.

"Without the volunteers we literally could not make Sweet Home Fire run," he continued. "The services we offer, we can't do it without them. The more volunteers we can have, the better off not just the fire district will be, but the community as well. And that's the end goal, because we offer a service to the community."

Nevertheless, according to Paul, service has not yet been negatively affected by the shortage. 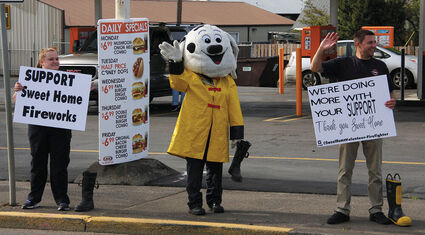 "We accomplish a lot with very little," he said. "We are a resource-poor department. We don't have the numbers that a lot of places have, but we are always able to get it done."

When the district's short on personnel, it relies heavily on aid from other departments, such as Lebanon, Brownsville, Halsey and Mohawk. And Sweet Home helps them as well.

"We all have one goal," Paul said. "While we're in Sweet Home predominantly, we still offer that service to our surrounding agencies and communities."

He added that he's looking to recruit more volunteer firefighters by getting involved with the high school and attracting the attention of graduating students.

"It might be something they want to make a career out of, or just volunteer," he said.

Nevertheless, he strikes a note of optimism for the future.

"My hope is that with the COVID issue slowly tapering off, we're able to do more in-person things, and we're going to ramp up [numbers]," he said, "I can't say it's a prediction, but it's my goal and my hope."