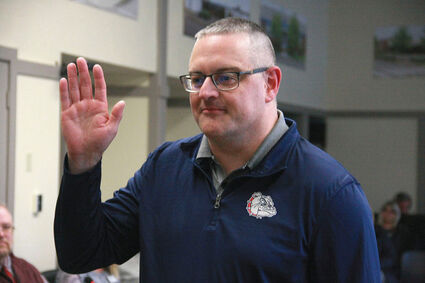 Mike Adams takes the oath of office to represent Liberty on the School Board.

The Sweet Home School District's 2022-23 proposed budget was released for public review and a budget message from Acting Supt. Terry Martin was delivered to district Budget Committee members at a public meeting at the District Office before the School Board's monthly meeting on Monday, May 9.

In his budget message, Martin laid out some chal...