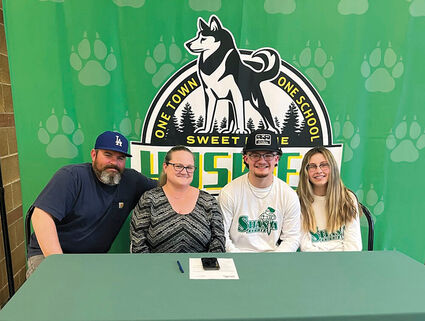 A powerhouse on both sides of the ball on the Husky gridiron the past two seasons announced he will be playing football at the next level at a signing ceremony at Sweet Home High School on Tuesday, May 3.

Daniel Luttrell committed to play strong safety and outside linebacker at Shasta College in Redding, Calif. The Knights compete in the California Community College Athletic Association, and went 4-6 last season.

Luttrell, who transferred to Sweet Home from West Albany after his sophomore year, was named Second Team All-League Defensive Back his junior year, as well as the team's Defensive...