No injuries reported in May 20 incident 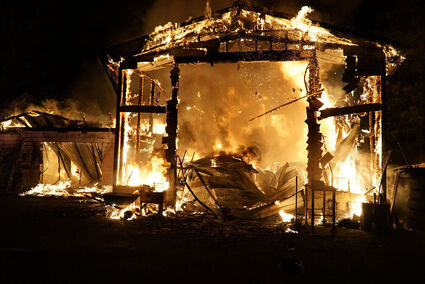 Crews battled a heavily involved early morning fire Friday, May 20, that destroyed a two-story shop in the 31000 block of SW Fifth St. in Lebanon.

The conflagration was reported at 2 a.m.

According to the Lebanon Fire District, the initial arriving unit reported that the 50-by-50-foot structure was heavily involved. Due to its severity, crews focused their efforts on protecting nearby exposures until a water supply could be established, as the blaze originated in a wooded area where water needed to be brought in on water tenders, then emptied into a portable tank.

Once the main body of the fire was extinguished, crews used a pie...