People react to Lebanon's denial for a Pride proclamation 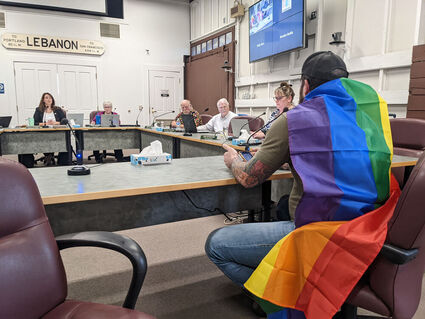 TYLER RODGERS shows his colors while telling council members that it's their responsibility to make the future better for the city.

Aziz told the Lebanon Local that he loves and has friends within that community. He said he had no problem with what the proclamation does, but he chose to not sign it because he didn't like to single out particular groups, as it may increase a sense of division.

"I just don't think we need to lift up one group over a...