Softball playoffs: After 'rough' start, Huskies open up on Gladstone 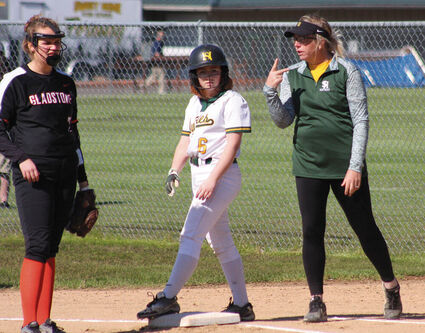 Sweet Home's softball team ran up the score and forced the game to be called per the 10-run rule after six innings in a convincing 12-2 win over Gladstone in a play-in game at Husky Field on Friday, May 20.

The win gave the Huskies some momentum as they move into the 4A round of 16 as a ninth seed. The Huskies will face off against eighth-seeded Henley at Henley High School on Wednesday, May 25 at 5 p.m.

"Being able to make it to the 16-team championship bracket has been quite an accomplishment for this group," Head Coach Karyn Hartsook said.

"They believed in the process and what we have...