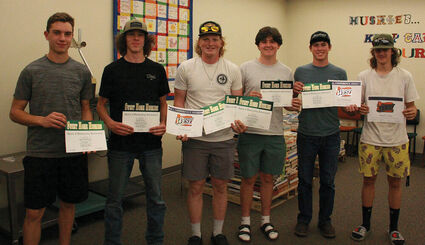 Russell Holly took home a plethora of awards at Sweet Home baseball's end of season banquet at the high school library on May 23.

The program's senior stud won the Team MVP Award, Pitcher of the Year, and the Slugger Award, which goes to the best offensive player.

"He made an impact this season with his arm, his bat, and the way he carried himself on the field," Head Coach John Best said of Holly. "He was a true leader of our team. He was great at third base, and was the heart of our order and the heart of our clubhouse. He did an absolutely fantastic job for us."