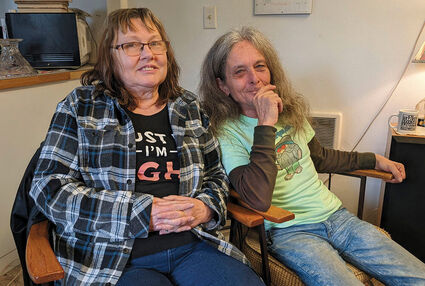 Parents in search of their son, Carlynn Wells and Dale Dietz, sit in their living room where they shared their story of young love and the loss of their infant in August 1972. They believe he was sold.

A bar manager at a tavern near Waterloo delivered a drink to a customer and listened to her story. The patron's pregnant 15-year-old sister was moving to Lebanon to live with her, and she didn't know what to do.

The bar manager, Marjorie Perkins, who had four children of her own, offered to adopt the baby. The birth mother, Veda Spencer, eventually agreed to this arrangement and released to Perkins a healthy girl who would be named Kim.

It was 1970, near the end of the "baby scoop era," a period in the nation's history when premarital pregnancies and newborn adoptions were on the rise. It...