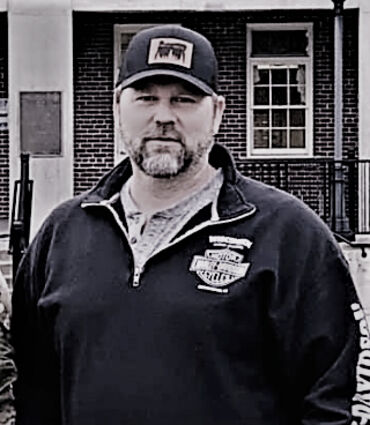 Chuck was born May 13, 1972 in Lebanon to William and Carla (Gange) McIntyre. He was raised in Sweet Home, and graduated from Sweet Home High School in 1990.

Chuck graduated from Western Oregon University with a degree in criminal justice. He was awarded the Gov. Victor Atiyeh Outstanding Student Award, a prestigious award presented to the outstanding graduate of the Oregon Police Academy.

He worked several years for the City of Lebanon Police Department and was instrumental in getting their motorcycle patrol program started.

He then worked as a police officer for Albany, before realizing that he needed to be working outdoors.

In 2004 he went to work for his father-in-law's company, Ridgeway Logging, which he and brother-in-law Matt Melcher bought out in 2017.

Chuck and his wife Shauna (Melcher) McIntyre were high school sweethearts and married in December 1995. They had recently celebrated their 26th anniversary.

Their son Nicholas "Nick" McIntyre was born June 1999, and has worked alongside his dad and Uncle Matt in the woods for the last four years. Nick was his dad's pride and joy.

Chuck was happiest when he was outdoors -- logging, camping, hunting, fishing, riding his Harley, and trail riding on UTVs with his family.

Chuck's love and dedication to his family, close friends, and work, was obvious to all.

Road trips, campfires, family game nights, and standing Friday night dinners at a small local restaurant won't be the same without his dry humor and stories of the week's broken-down logging equipment and mishaps.

Both his parents predeceased him.

Chuck's short battle with brain cancer has left a huge hole in the lives of his family and friends.

A celebration of the life Chuck lived every day to its fullest is being planned for 4 p.m. Saturday, June 25, at Melcher Fun Forest.

Chuck's family is planning a scholarship endowment in his name with the Sweet Home Alumni Foundation (SHAF) for Sweet Home High School graduates pursuing a forestry career. Donations can be sent to SHAF, P.O. Box 83, Sweet Home, OR 97386.