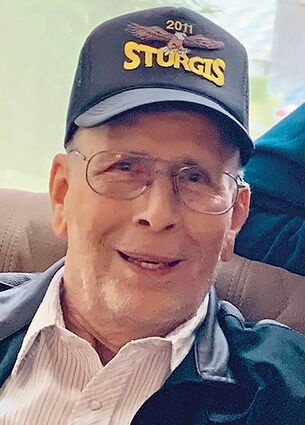 Lyle Jerry Dirksen, passed away peacefully on May 28, 2022, the morning after his 81st birthday - a day he was determined to celebrate.

Lyle spent his early years in Oak Gulch Ranch in Crandall, moving to Conde, S.D., in 1943. He considered himself a "farm boy," telling many stories of the days he and his family farmed and raised wheat, barley and oats, always attributing his outstanding work ethic to what farming had instilled in him.

Lyle graduated from Conde High School in 1959 serving as class president his senior year and playing for the baseball and basketball teams. He attended the University of South Dakota and Northern State University before he got the itch to explore the West Coast.

Lyle moved to Southern California in early 1962 at just 21 years old, where he met the love of his life, Rosemary "Rosie" Simpson. They married on Sept. 3, 1964, and raised four daughters: Daniele Hutchins, Lisa Cooper, Lydia Paterson, and Lynn Wright.

Lyle built a unique career over 40-plus years, starting out as a lineman at Pacific Bell Telephone Company then moving to Jersey Maid Dairy, before accepting an offer to manage the Dog Patch, (where many young musicians were getting their start (Righteous Brothers, Ike and Tina Turner, and many more).

Lyle's dream career launched in 1965 when he got into the aircraft and aerospace industry, working for Newton Inserts.

With no experience, he worked his way up in the company, learning everything there was to know about metal fasteners and metal products manufacturing.

When Tridair Industries acquired the company, he was immediately recognized by the new owners and promoted to Manager of Quality Assurance, providing research and development of metal components used in design and manufacturing of military aircraft and space shuttles.

He had countless stories of these years and was so proud to be on the engineering team that contributed to building the Rocketdyne Space Shuttle.

In 1978, Lyle and Rosie moved their girls to Oregon, where they owned the Waterhole Tavern for six years. He began his career in the Titanium Industry with Zirtec before landing at Oremet in Albany as Lead Quality Assurance Inspector. This position included traveling across the country to the many different titanium manufacturing facilities.

He often recalled New York as one of his favorite trips and never forgot to bring home a Kit Kat candy bar in his briefcase to surprise his girls when he returned.

Sports were always a very important part of Lyle's life, from playing baseball and basketball and coaching his kids' teams, to enjoying watching sports in the crowd. Lyle had a love for aerospace, aircrafts, and cars, one of his favorites being his green 1951 Chevy, which he drove in high school.

Lyle, known by many as "Dirk," had a special way about him that made everyone feel like family. He was a person who cared deeply for his own personal family but made sure that people always felt special.

Lyle was known as "Super Dad" to his children and many of their classmates. He enjoyed attending his grandchildren's sporting events and a few beauty pageants along the way as well. He was the Dad/Grandpa that was always there, from sports and dance activities or just an ear that listened and helped soothe and guide through life's journey.

He made friends anywhere he went and would help anyone that needed it.

Lyle and Rosemary's 45- plus-year marriage was a true testament and an example of the true meaning of loving someone unconditionally through sickness and in health. Lyle's friendly, kind, and loving personality will be missed by so many, including those that he met over the past few years at his retirement home.

Lyle's family was overjoyed to hear from many of the residents and caregivers just how truly special he was and how he just had a way of making those around him laugh and feel welcome. He enjoyed life to the fullest and made this world a better place just by being in it.

Lyle will be truly missed by all who knew and loved him.

He was preceded in death by his wife Rosemary; parents Lloyd and Myrtle; and brother Lowell.

A funeral service will be at 1 p.m. Saturday, June 18, at Sweet Home Funeral Chapel. Burial will take place at Lewis Cemetery.