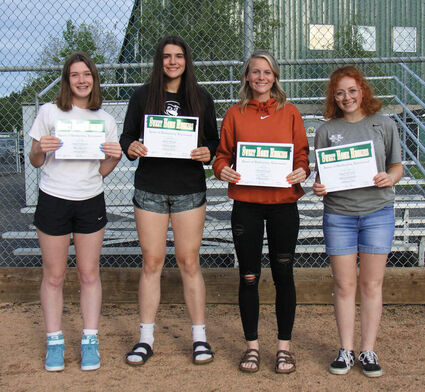 Chloe Fairchild was named the softball team's Most Valuable Player at an awards barbecue held Wednesday, June 1, at the softball field.

Head Coach Karyn Hartsook described Fairchild, a senior, as a team leader who is "very passionate about softball," "super competitive" and a "very poor loser."

She noted how, in the Huskies' play-in game with Gladstone this season things "were not going well" in the early innings and she cornered Fairchild in the dugout and "I'm like, 'You have to do this. This is your time and you have to do it. You have to go out there and hit and start."