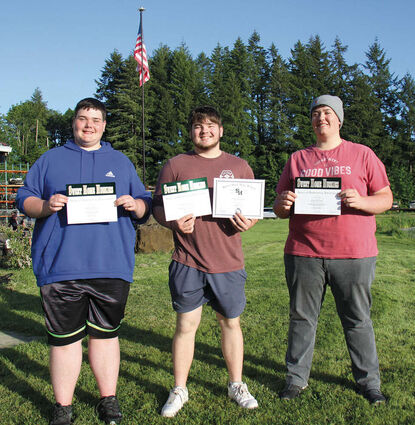 Morgan Sands was named the golf team's Most Valuable Player at an awards barbecue held Tuesday, May 31.

Sands, a senior, consistently shot in the 90s for the Huskies this year, and recorded a season- and team-low in the 80s once during the season, Head Coach Ron Moore said.

"This kid put in the work," Moore said, noting that Sands' biggest challenge was getting frustrated when things weren't going right on the course. "He puts a lot of pressure on himself. But he was our best golfer this year, score-wise.

"Morgan was a pleasure coaching. He typically was the first one to practice and the...