Maddie Harris, Russell Holly are Husky Athletes of the Year 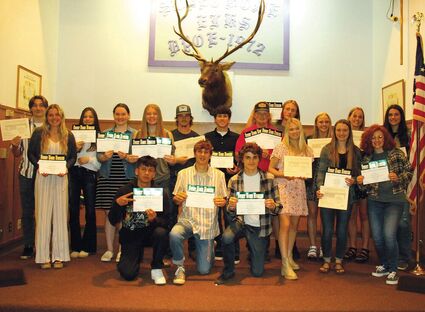 Maddie Harris and Russell Holly were named the Booster Club Boys and Girl of the Year at the annual Senior Sports Awards Dessert held June 5 at the Elks Lodge.

The event honors graduating seniors who have stood out in their athletic and academic careers at Sweet Home High School.

Presenter Karyn Hartsook said Booster Club leaders met with coaches to determine whom the honorees would be.

Football Coach Ryan Adams described Holly, who has played three sports – football, basketball and baseball – throughout his high school career, as "one of the kindest and hardworking athletes I've had...