Farmers Market back in full force 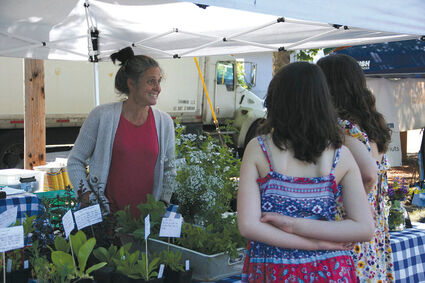 After a period of reduced presence due to COVID-19, Sweet Home's Farmers Market is back on Tuesday afternoons in the square between the old City Hall and the library, between 12th and 13th avenues off Long Street.

The market began June 7 and will run through the end of September.

"The market's been going well," said Chris Bayne, who manages both the Sweet Home market and Lebanon's, which operates Thursday afternoons at the corner of Grant and Main streets through the third week of October.

Bayne, who operates Bayne Farm in Lebanon with his wife Belinda, the market director, said there ar...