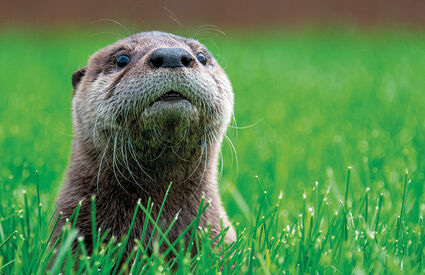 A new North American river otter, estimated to be approximately 8 weeks old, is now in the care of the High Desert Museum in Bend.

Although he’s not presently in public view with the other two otters at the museum, the intent is to eventually introduce him into the Autzen Otter Exhibit.

The pup was found the week before Memorial Day weekend on a golf course near Sunriver. The otter, which was emaciated and severely dehydrated, was brought to the museum temporarily for care while multiple wildlife professionals attempted to locate his mother. That search failed. The Oregon Department of F...