Fire season kicks off July 6, but restrictions 'low' to start 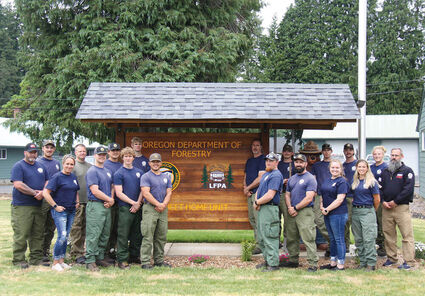 Fire season has kicked off this year as of Wednesday morning, July 6, but restrictions will be somewhat relaxed, initially, said Craig Pettinger, Sweet Home Unit forester for the Oregon Department of Forestry.

Public use restrictions have gone into effect at a "low level," he said, but "most activities are not prohibited at that point."

Those prohibited are: smoking while traveling, except in vehicles on improved roads, in boats on the water, and at designated locations; use of fireworks, exploding targets, tracer ammo and sky lanterns; and all debris burning.