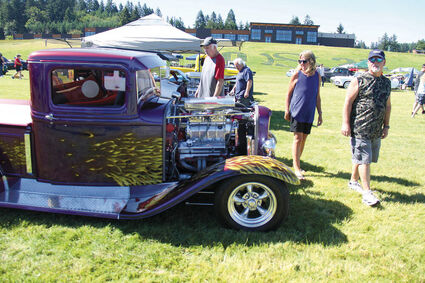 Director Kimi Nash said this year's Sweet Ride Charity Car Show for Kids was a success, with a documented 167 vehicles on site, and a large number that showed up at the last minute as unregistered participants.

Best of Show went to a 1934 Plymouth Sedan owned by Don and Robin Pyle of Lebanon.

Craig Putney took first place in the Burn Out Pit, with the best smoke show, the proceeds going to the ABC House.

Plans are already in the making for next year, including awnings to rent for patrons, she said.

"The generosity towards our charities...