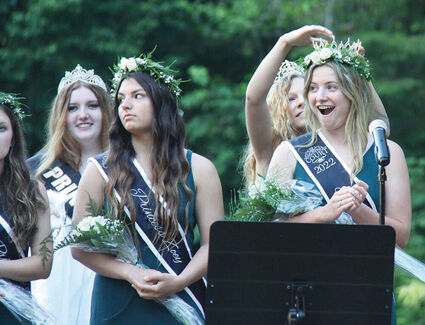 Burke, 16, the daughter of Aaron and Amy Burke, was selected from among the four Sportsman's Court members to lead the festival, which she officially pronounced under way at the close of the cere-mony.

The other princesses are: Zoey Erevia, daughter of Aurora Bechtel and Richard and Heather Erevia; Luka Ogden, daughter of Jason and Pam Ogden; and Kelsie Rush, daughter of Heather Rush, Tim Rush and stepdad Eddie Goodwin.