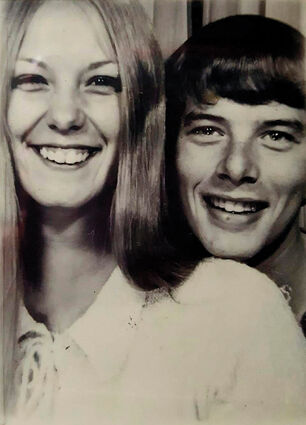 They met in August 1970 and went on a double date to an all-night drive-in movie with many other friends in Klamath Falls.

When Cheryl got home, her dad met her at the door and told her that she could never date that "Ricky" again. She said, 'OK, Dad, I promise I will never date 'Ricky' again.'"

Two days later Rod walked eight miles to her house in the Fort Klamath area near Crater Lake to ask her to go steady.

Cheryl told him no, because she wasn't ready for that yet. The following school year, at Chiloquin High School, they would see each other in the hallway "but never talked."

Cheryl recalls watching Rod play football "many times" and "how good he was," but it wasn't until the spring of 1971 that she got really excited watching him playing high school basketball.

"He was really good." 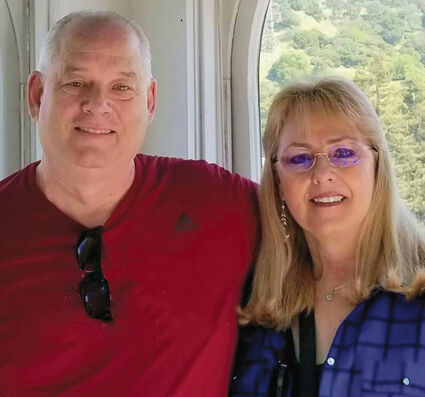 At a spring dance before Spring Break she asked him to dance and "that was a start of something special."

They were married Feb. 26, 1972 in Klamath Falls, where it all started. They have lived in Sisters, Albany then Sweet Home, where they raised their three children, Levi Bricco, Jennifer Bricco Downs and Kassy Bricco. They also have had eight foster children throughout their marriage. They have six grandchildren and one great-grandson.

Rod worked for the Oregon Department of Transportation for 32 years, retiring in 2004 as assistant district manager for Corvallis, Albany and Sweet Home.

Cheryl worked for the Sweet Home high school as a teacher's assistant for 20 years and "loved it very much," she said.