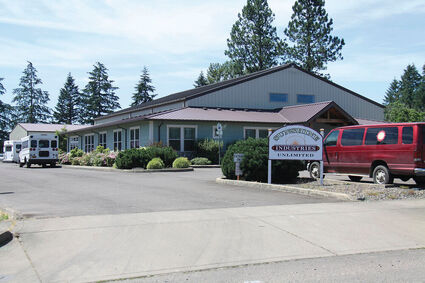 As it emerges from a difficult stretch that included an extended COVID-19-forced shutdown and reductions of operations, Sunshine Industries is facing a new challenge: replacing its executive director.

Brittany Maudlin, who's led the organization since 2017, has stepped down to take a position with Linn County as special/rural transportation coordinator.

Keith Hartley, vice-chair of the Sunshine Board of Directors, said Maudlin was recruited for that position and "we're super supportive of her."

"She'll still be supporting the disability community," he said, adding that the experience Maudlin gained during her time with Sunshine will pay off for the county as it works to make public transportation accessible to needy residents.

"Transportation has historically been a key topic in disability services with many hurdles that have yet to be overcome," Maudlin wrote in a letter posted on Sunshine's home page, sunshineindustriesunlimited.net. "Disability services hinge on the availability of transportation resources which are, currently, not meeting the need."

Hartley said the board has engaged Eugene-based consultant Mary Miller to help locate the right candidate.

"The board has acknowledged the fact that we're not recruiters," he said, noting that Miller was "instrumental in helping to lift us out of COVID."

Sunshine was established in 1974 by a group of parents who had adult children with developmental disabilities and were looking to provide socialization and employment opportunities for them.

Incorporated in 1977 as Sunshine Industries Unlimited, Inc., the organization operated as a facility-based model of multiple services including a wood shop that made products for sale and special orders for manufacturers.

In 2016, as a result of a 2008 lawsuit, the state began requiring organizations such as Sunshine to train clients for integration into the "regular community" and phased out what it called "sheltered workshops" such as Sunshine's woodworking enterprises.

At that time Sunshine was a $600,000-a-year organization serving 60 clients, employing 17 people and a fleet of seven vehicles. Under Maudlin's leadership, it has since grown to 90 clients, with a staff of 32 and 23 vehicles, producing revenue of $1.6 million.

"We had to adapt," Hartley said. "Sunshine was a transformative success that is actually a model in the state."

A major key was developing a "hub-and-spoke service model" that put teams of workers out in the community and establishing the transportation resources necessary to do that, he said.

When COVID hit, the organization was poised to create a second center in Albany to expand its reach.

"We were actively looking for a location," Hartley said. "We had money saved."

Instead, the state Office of Developmental Disabilities Services, which has oversight over Sunshine and similar organizations, shut down providers for an initial three months in March of 2020. It was allowed to reopen that June, but with significant restrictions on the number of clients and services that could be offered.

Those resulted in what the organization's website describes as "massive financial losses" – $53,000 per month initially, which dropped to about $30,000 per month by the summer of 2021.

Sunshine used grant funding, PPP loans and the majority of its savings, which had been dog-eared for the new location – a total of approximately $600,000 – to survive.

"That turned into a survival story," Hartley said. "There were some real constraints."

Sunshine earned a "reprieve" last October when, thanks to pressure from county and state officials, the ODDS granted it a variance to allow the resumption of previously restricted operations and services.

"We said we cannot operate with these restrictions," Hartley said. "We're operating at greater capacity, but we're not back to full operations yet." 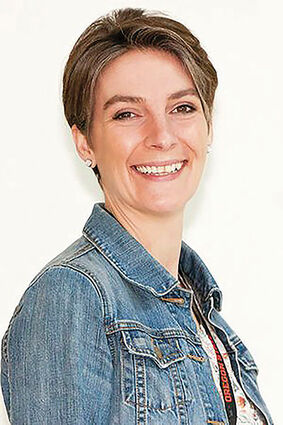 ODDS also gave the organization a $53,000 grant last December, which was followed last month by a $160,000 grant from the Health Resources and Services Administration.

The Sunshine board is seeking a "passionate, credible and articulate advocate" for the disabled adult population, who brings experience, energy and entrepreneurial abilities to the table, according to the job description posted at http://www.sunshineindustriesunlimited.net/hiring-executive-director. An ability to adapt "quickly and creatively to change" is another need.

The position, which pays between $60,000 and $75,000 per year, with "generous monetary performance-based incentives," will be open until filled, though review of applications will start July 15.

"We need someone not only committed to the mission, but who has the credentials," Hartley said.