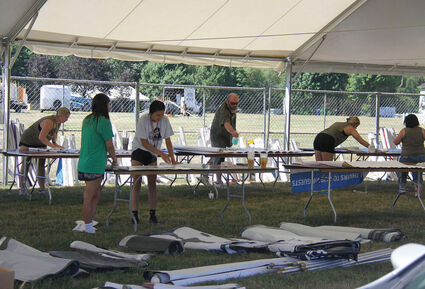 After a concert-less 2020 and a smaller-than-typical turnout during a pandemic-plagued 2021, the 30th annual Oregon Jamboree, set for July 29-31, returns to business as usual this year, with some added new features to boot.

(The weather should be super-cooperative, according to the National Weather Service, which expects average highs in the 90s through the weekend.)

"We're selling tickets like mad right now," he said, adding that both re...