Huskies (and future Huskies) get college coaching at hoops camp 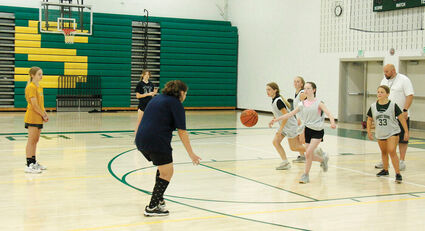 It's been a historic year for Sweet Home's girls basketball program, as the Huskies, under Coach Michelle Knight, made the state playoffs for the first time since 1992.

"The girls and I learned a lot and had fun," Knight said.

Gibson taught two sessions each day, the first for sixth- through eighth-graders, and the second for incoming ninth- through 12th.

Knight said the Huskies were eager to put what they learned to use in the fall,...