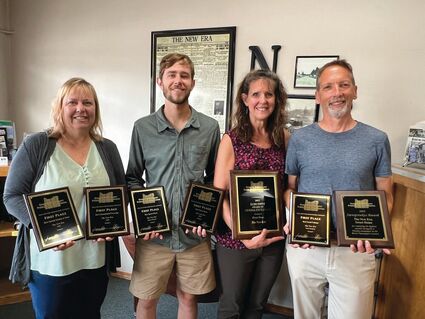 The New Era was honored as the best weekly newspaper in Oregon last week by the Oregon Newspaper Publishers Association, receiving first place in General Excellence for weeklies of 2,000 circulation or less.

The awards were presented at the organization's convention, held July 28-29 in Welches, which included a debate featuring the three candidates for Oregon's Governor's Office (see page 1).

The New Era also won the Sweepstakes Award, given to the weekly newspaper that wins the most awards in the competition. Sweet Home's newspaper finished with 22 awards – six first-places, 10 seconds...