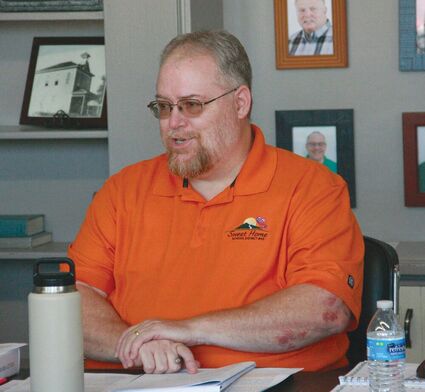 Superintendent Terry Martin speaks at the School Board meeting Aug. 8.

At the Sweet Home School District's Monday, Aug. 8 meeting at the District Office, Interim Supt. Terry Martin, who assumed that role July 1 after former Supt. Lisa Riggs resigned on June 30, told the board about some of his personal beliefs, as well as his vision for the district under his leadership.

Martin, who started working for the district when he became principal of the Junior High in the fall of 2020, has 26 years of educational experience, including 22 years in education administration.

He listed for the board some of his core beliefs.

"I believe in treating everyone with dignity a...