By Sarah Brown
Of The New Era and Lebanon Local 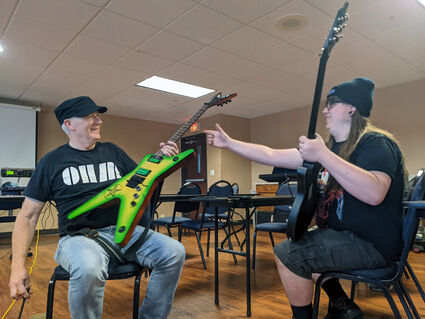 It was probably Vincent Helstrom's proudest – and perhaps most embarrassing – one minute of his life when former Megadeth guitarist Chris Poland took his green Dean ML guitar, strummed a few notes, tried tuning it, then handed it back to him saying he couldn't play it.

But Helstrom, of Lebanon, also got to tinker on Poland's own Schecter guitar, of which only two were made (and this one was modified by Poland himself), during that minute. Hanging out with and learning from Poland for a couple hours was a "very cool" experience for Helstrom, who said it was one of the reasons he signed u...