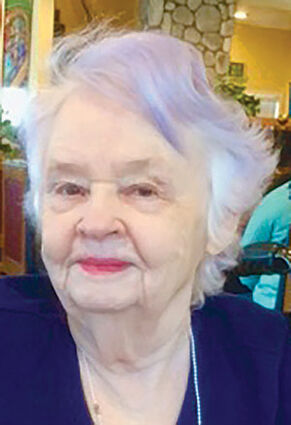 She was raised in the Mattoon area until her junior year, when she attended and graduated from Union High School in Phoenix, Ariz.

In 1948 she moved to San Bernardino, Calif., where she worked at the Santa Fe Traction Motor Shop.

As one of only seven women in a shop of 2,000, she met and married Clyde Raymond Cain that same year, and always said she got the "pick of the litter."

Norma and Clyde raised their family and stayed around San Bernardino until 1986, when they moved to Sweet Home. Unfortunately, Clyde passed in 1988, but Norma continued to stay in their home on 14th Avenue until 2011.

She then sold her home and moved near her daughter Joyce Ann Marion in Grand Terrace, Calif. She lived in Southern California until 2022, when she finally realized her dream of moving to Mexico with her son-in-law and daughter, Robert Lee and Shirley Jane Hoch.

Norma loved to cook and would feed as many as 40 in an afternoon during the Sweet Home Jamboree. Living just across the Weddle Bridge, she made her kitchen available to all that stopped by.

Her other passion was travel – to New Zealand, Australia, Europe, South America and more than several cruises. In fact, Charlie Martin of Sweet Home was her treasured friend and traveling companion.

Together they had countless adventures until his death.

Norma also attended the Evangelical Church on Long Street for 24 years Their Christmas production and the bazaar was her highlight of the season.

With the help of the U.S. Consulate, Norma made her way back to her beloved Sweet Home and next to her loving husband.

She is survived by her daughter, Shirley Jane and her husband Robert Lee Hoch of Chapala, Jal, Mexico; one granddaughter, Brandy Rae Marion, and two great-grandchildren, Ty Austin Marion and Jennifer Jaramillo, all of Corpus Christi, Texas.

Norma was preceded in death by her husband, Clyde Raymond in 1988; and daughter Joyce Ann in 2020.

Graveside service will be at 11 a.m. Thursday, Sept. 8, at Gilliland Cemetery.