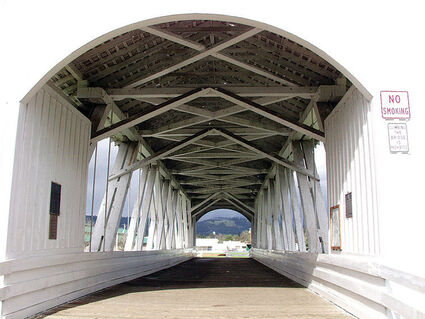 "You know, this would probably make a good subject for an article," an East Linn Museum volunteer said as she held up a thick, green plastic notebook.

The item had come with Ben Dahlenburg's scale model of the Weddle Covered Bridge, brought in by his cousin, Steve Rice. The model immediately went on view atop a display cabinet, but the notebook drew less attention.

"This is really interesting," the volunteer added, tapping the latter.

"People got into a fight and some were hauled off to jail."

There's nothing like potential violence to stir interest, so Weddle Bridge became the subject of...